As a U.S. campaign reporter, it’s sometimes easy to forget that the rest of the world doesn’t necessarily do elections quite the way we do: whether it’s the sheer amount of money involved, the tactics campaigns employ or the laws that govern elections, not even our developed allies in Western Europe can come close to the all-consuming nature of American presidential campaigns.

That said, there’s a real desire in other countries — particularly in Western Europe — to emulate the kinds of campaign tactics and strategies that helped President Obama win elections in 2008 and 2012. In 2013, I wrote a great deal on the topic from Germany: a piece on the Social Democrats’ door-to-door effort, one on why an Obama-style digital operation wasn’t possible in Germany, and even on the comparative lack of TV ads.

That same issue — the extent to which U.S.-style campaign tactics are applicable to local campaigns — interested me in France, so for my first story here I explored the way one French presidential candidate, centrist Emmanuel Macron, is using Obama-inspired tactics.

The piece focuses on Macron’s unprecedented efforts to create a party from scratch, with the help of three Frenchmen who learned the political ropes as volunteers for Obama’s 2008 campaign. In my story, I outline exactly how Macron’s army of volunteers built up the operation he has today — an operation that was able to help him take advantage of an opening in the race earlier this year, and which if he wins will be a huge factor in that victory.

You can read the piece here, at The Atlantic. 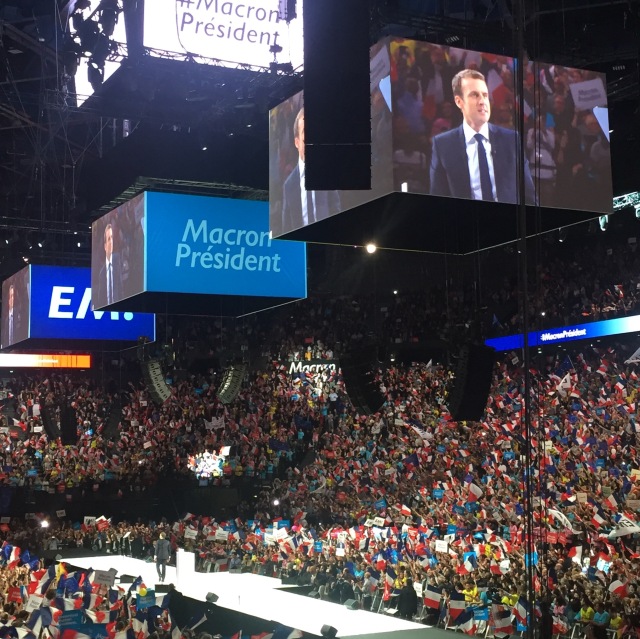